A Move Toward Economic Prosperity In Senegal Offshore Exploration 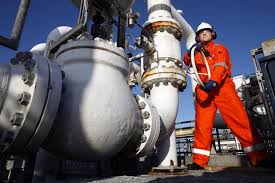 The Emerging Senegal Plan (Plan Senegal Emergent), Senegal’s national roadmap for electrification, has been consistently interpreted as a strategy to transition away from reliance on heavy fuels and toward the use of natural gas and renewable energy – with the goal of reducing importation while not completely eliminating fuel from the energy mix.

The Sangomar Field Development Project, which will be Senegal’s first offshore oil development, will herald the beginning of a new era for the country. Drilling operations off the coast of Senegal will provide a much-needed economic boost to the country. The Sangomar field, formerly known as the SNE field and now known as the Sangomar field, is located approximately 100 kilometers south of Dakar. Beginning in early 2020, the project’s development will be completed by 2023, when the first oil will be produced.
Petrosen

The Senegalese Ministry of Energy has benefited from the efforts of Petrosen, the country’s national oil company, which has assisted the ministry in attracting petroleum companies, initially small but increasingly large in recent years as a result of continuous promotion efforts over the past decades. Following a series of discoveries off the coast of Senegal since 2014, companies such as Woodside, Capricorn Senegal Limited (a subsidiary of Cairn Energy PLC), and FAR Limited have expressed an increased interest in the region as a result of the discoveries.

The new Petroleum Code, which was approved last year, brought Senegal’s legal framework for oil and gas production up to date. These regulations were written in accordance with the spirit of the new constitution, which states that all of a country’s natural resources belong to the people who live there. Profit-sharing mechanisms established by the code, as a result, provide Petrosen with more favorable terms, including a minimum of a 10% stake in projects in the discovery phase and up to a 30% interest in projects during the development and exploitation stages.

With the arrival of the Ocean BlackRhino drill ship in July 2021, Woodside, an Australian oil and gas exploration and production company, began the drilling campaign for the first phase of the Sangomar project in the Gulf of Mexico.

This phase will include a floating production storage and offloading (FPSO) facility named Leopold Sédar Senghor, which will have a daily production capacity of 100,000 barrels. It will also include 23 subsea wells and supporting subsea infrastructure. The Sangomar Field Development will be completed in two phases.

It is worth noting that Woodside’s participating interest in the RSSD joint venture has increased to a total of 45% from 40% previously.

Following the completion of the acquisition of the entirety of Far Limited’s participating interest on July 7, 2021, the company will hold an 82 percent stake in the Sangomar exploitation area.
MODEC

The floating production, storage, and offloading (FPSO) vessel will be permanently moored at a water depth of approximately 780 meters by an External Turret mooring system supplied by SOFEC, Inc., a MODEC group company, and will be delivered in early 2023.

Nexans has been awarded the contract to design and manufacture 46 kilometers of umbilicals for the Sangomar field, which is located off the coast of Senegal. In addition to providing critical hydraulic control and instrumentation services for a stand-alone floating production storage and offloading facility (FPSO) complex and associated subsea infrastructure, the umbilicals will be manufactured by Nexans’ specialized factory in Halden, Norway.

In order to meet the needs of each phase of the project, Nexans’ Halden facility will supply both static and dynamic umbilicals, with deliveries beginning in 2020.

It is predicted that the Senegalese oil industry will prosper, and that the economic boost that will accompany the start of oil production in 2023 will contribute to the country’s economic recovery following the COVID-19 pandemic, as well as to the country’s aspiration to become a developed country.