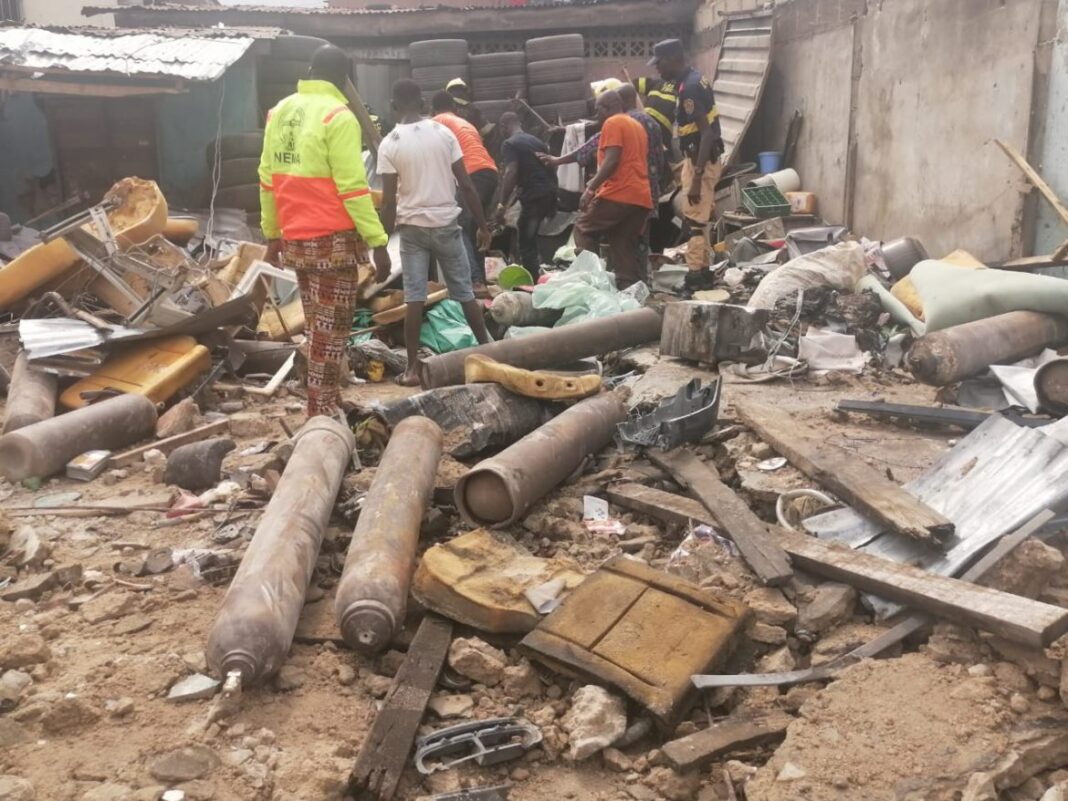 The explosion claimed the lives of four people, including a 10-year-old child.

An official statement issued by the union and signed by its national secretary, Olukayode Solomon, stated that the explosion occurred at an acetylene gas outlet, and that the union expressed its disappointment.

Acetylene gas is a type of industrial gas that is used for welding, cutting, and other related industrial tasks such as cutting steel.

When acetylene gas is marketed, it is frequently sold with oxygen gas, which is also used in the manufacturing industry. These industrial gas explosions frequently result in widespread devastation, similar to that caused by military bombs, as opposed to LPG explosions, which frequently result in inferno and widespread destruction. It is important to note that the damage caused by an LPG explosion is usually the consequence of the spread of the inferno, which is determined by the quantity of gas leakage and dispersion. Because of the tremendous pressure of industrial gasses, such as acetylene and oxygen, and because the cylinders containing industrial gasses are extremely heavy, industrial gas cylinders are frequently used to bring down structures in close proximity to an explosion site.

“In addition, acetylene and oxygen gasses do not use the same cylinders that are used for LPG, as evidenced by the sort of cylinders that were scattered around the scene of the explosion yesterday. Note that acetylene and oxygen gasses are not derived from the same sources as LPG, which is also crucial to understand. They are also not governed by the same regulatory body that oversees LPG production and distribution. LP Gas is derived from petroleum and natural gas, and it is regulated by the old Department of Petroleum Resources (DPR), which has since been superseded by the Nigerian Middle and Downstream Petroleum Regulatory Authority (NMDPRA).

He went on to say that the federal ministry in charge of industry is currently responsible for regulating cetylene gas, oxygen gas, and other related gasses at the present time.

It has become imperative to make these clarifications in order to prevent further misrepresenting of facts whenever a gas explosion happens. We also take advantage of this opportunity to urge journalists and the media as a whole to always seek clarifications before publishing anything they have written. For the simple reason that, in recent years, this specific misconception has become more common than it used to be.