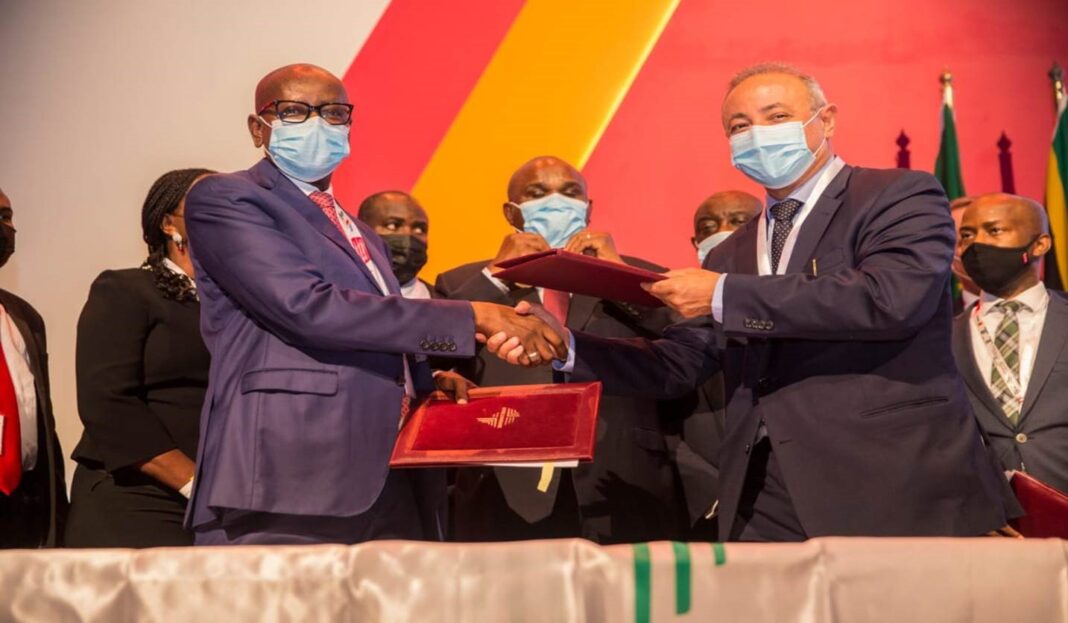 During the ongoing second Intra-Africa Trade Fair in Durban, South Africa, which began on November 15 and will run until November 21, the agreement was signed by the parties involved.

The transaction consists of a pre-export/shipment financing facility backed by a Forward Sale Agreement (FSA) and Offtake Contracts with the Nigerian National Petroleum Corporation serving as both the borrower and the seller.

The NNPC will sign an FSA under which it will deliver 35,000 barrels of crude oil per day. The proceeds of the facility will increase tax revenues and foreign currency receipts, as well as create thousands of jobs in the oil and gas refining value chain, totaling more than $2.4 billion for the government’s immediate benefit, increasing Nigeria’s balance of trade and Gross Domestic Product.

The transaction, which was signed on behalf of the Corporation by Mr. Umor Ajia, NNPC Executive Director and Group Chief Executive Officer, complies with Afreximank’s mandate to promote local content in Africa’s oil and gas and other mining industries, as well as generate foreign receivables into Africa. Prof. Benedict Oramah, President and Chairman of the Board of Directors of Afreximbank, praised the arrangement as highly innovative and justified the bank’s choice in the light of the global climate change agenda, saying it was a question of taking a balanced approach.