Dangote Refinery: Bailing out the ‘unbailable’ 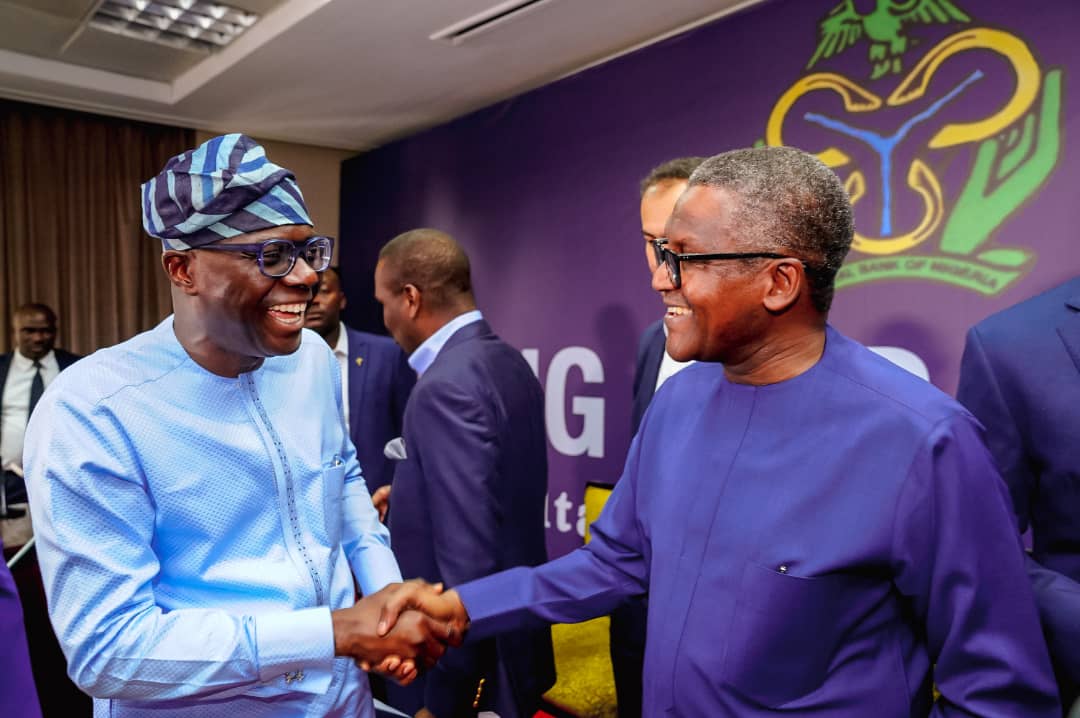 It was hailed as the best thing to happen in the oil and gas sector especially in Nigeria – a serial importer of refined crude products. The year was 2013 and in September of that year, Aliko Dangote, Africa’s richest man, announced yet another of his gargantuan projects – the construction of the biggest single-train refinery in the world with production expected to begin in 2016. Many delays and postponements later, the project has been bogged down by barely serviceable debts, poor planning, lack of centralized project management, mismanagement and has now become a huge albatross on Nigeria’s neck costing the country lots of FX and creating huge problems in return.

A project that started as a $9 billion project is now being valued at over $16 billion, albeit incorrectly. Sampling expert opinion from leading players in the oil & gas industry, it is estimated that a refinery of that size should ideally cost within the range of $11 to $12 billion to build in Nigeria. Notwithstanding the conflicting figures, it was recently announced that the Nigerian National Petroleum Corporation, NNPC, will be taking a 20% stake in the uncompleted, non-functional Dangote Refinery at the cost of 3.8 billion dollars. Whilst this baffled many, NNPC’s actions effectively over-valued the yet to be completed refinery to $19 billion.

At the last count, the completion of the refinery had been moved eight times. Whilst some might say this is in character for Dangote Industries and their numerous projects across different sectors, the problem is deeper rooted. A contractor at the delayed refinery project, speaking under the condition of anonymity said that poor planning, underpayment of contractors, and a lack of proper project management with over 40 contractors on site has led to most of the delays. He also added that of the 40, none is willing to commission as there is no clear delegation of duty and over-decentralization leading to absolute chaos.

With these incessant delays, banks are already calling in their loans. At the announcement of the project in 2013, Mr Dangote said he had secured financing of $3.3 billion. This debt burden has now risen to $7 billion with debt servicing of almost $700 million per annum. Whilst Mr Dangote has been able to restructure the facilities from various local and international banks twice so far, most banks have totally refused to restructure for the third time with principal repayment also falling due – as well as the annual interest payments.

Things have gotten so bad for the billionaire that even income from his other businesses are barely enough to cover the interest rates much less the principal. This has led Mr. Dangote to seek innovative ways, including state capture, to prop up his business now that the refinery project has been consistently delayed and he has run out of money to repay.

The NNPC connection – bailing out the unbailable

After taking FX at concessionary rates from the CBN, Nigeria is inexplicably tied at the apron strings to Mr Dangote’s now-threatened refinery. Estimates by professional industry analysts and those close to the project put its completion date in 2024 or 2025.

Recently, the NNPC announced, under some obscure arrangement, that it was taking a 20% equity in the Dangote refinery at $3.8 billion. The NNPC was later to explain that it was giving only $1 billion in cash and the balance in crude.https://f3728d390c301586b297f0d08e6e635c.safeframe.googlesyndication.com/safeframe/1-0-38/html/container.html?n=0

Whilst this is a welcome development, Mr Dangote will have a hard time doing anything tangible with the $1 billion cash which is barely enough to cover one years’ interest. With some principal payments falling due and the banks’ unwillingness to restructure in the face of an estimated completion timeline of 2024 at the earliest, Messrs Dangote will need at least $3 to $4 billion to complete the project over the next few years even with this bailout. Both the way the refinery project has been carried out, and this subsequent NNPC bailout for Dangote refinery has turned Nigeria into a laughingstock on the global stage.

As for the controversial PIB bill currently before the Nigerian National Assembly, it is now clear to keen watchers that the reason the government wants to give a monopoly of importation for petroleum products into the country to Messrs Dangote is so he can make the excessive and extra profits he needs to manage his rising debt profile for the refinery (under the guise of ongoing refinery projects).

Guess who will bear the brunt of the higher costs in petroleum products at a time when subsidies are being reduced? The Nigerian people.

With his refinery project costs way overboard, banks breathing down his neck and NNPC’s strange bailout seemingly too meagre to take care of the principal and interest payments for his debts, is the Dangote Refinery a dead project even before it is completed, or will time be kind and permit the completion of this project to which Nigeria has mortgaged huge FX from its treasury to see it kick off in good time? The chicken has come home to roost, it may seem.

Finally, with the $1 billion going towards the repayment of principal and interests which are falling due in August, the manipulations by NNPC and politicians at the National Assembly has now become clear for all to see… As it stands, some government agencies and politicians are more than willing to mortgage the interests of the nation and masses to bail out the unbailable refinery project.