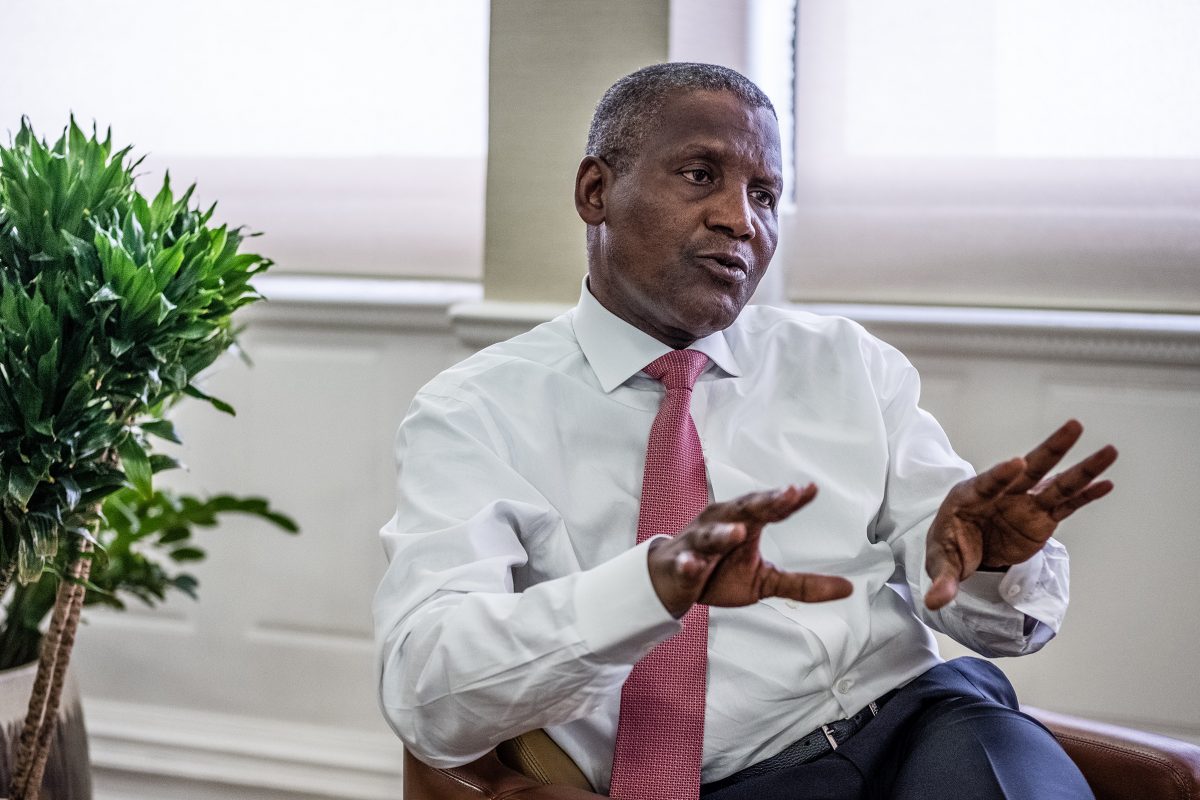 In the coming months, Dangote Industries Limited will increase the number of people working at the Dangote Refinery Project from 40,000 to 57,000.

He said that the project employs 29,000 Nigerians and 11,000 foreigners at the 650,000 barrels per day world’s largest single refinery project located in the Ibeju Lekki area of Lagos. So far, there are about three Nigerians per expatriate. But with the new additions, the ratio will change so that eventually there will be more locals.

Nigerian billionaire Aliko Dangote spoke about his massive refinery project, which he says is the biggest in Africa and one of the largest in the world. As part of his project, he says, Nigerians were getting massive training because the project goal was to improve Nigerian employees’ capabilities.

We were supposed to bring in a lot of foreign workers. But as we speak today, we have less than 11,000 expatriates. Our company has grown to employ almost 29,000 Nigerian workers who are getting lots of training.

We also plan to create a lot of capacity in the country, which will be a great help for future oil projects in Nigeria, especially with the opening up of the oil industry through the new Petroleum Industry Act.

“It means that Nigeria can boast of the human capacity needed for these types of projects,” he added. “Most of these Nigerians can compete anywhere in the world in terms of electrical, welding, and mechanical work.”

The construction of the refinery was motivated by a desire to help the federal government tackle an issue related to imports.