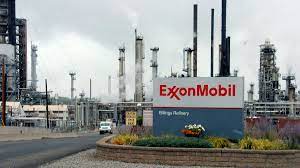 The oil and gas firm made $4.7 billion in profits in the second quarter, compared to a $1.1 billion loss the year before, when pandemic restrictions slashed energy demand.

“As the global economic recovery enhanced demand for our product, positive momentum persisted across all of our businesses in the second quarter,” stated Chief Executive Darren Woods.

Revenues increased by more than half to $67.7 billion.

Better oil prices more than offset lower production, resulting in higher profitability for ExxonMobil’s exploration and production sector. During this time, chemical profits soared due to strong demand and pricing.

However, “ongoing consequences from market oversupply” were cited as a drag on the company’s downstream division, which lost money during the quarter.

ExxonMobil said it expects increased budgeted expenditure on major projects in the second half of the year, but that it will not move to a more aggressive investment strategy.

According to the company’s earnings release, full-year spending will be on the “lower end” of its forecast $16 to $19 billion for the entire year of 2021.