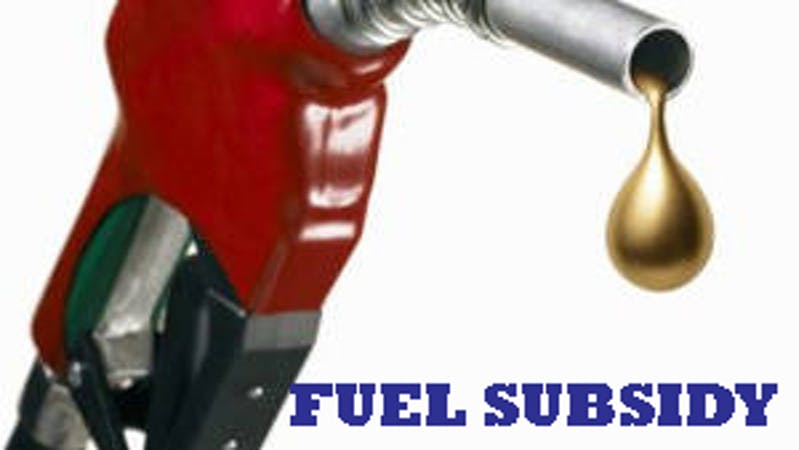 Petrol Subsidy is likely to continue until 2022, even after the PIB is signed into law. Mr. Mele Kyari, Group Managing Director of Nigeria National Petroleum Corporation (NNPC), had previously hinted that the subsidy would end immediately after the bill is signed into law, but that has since changed.

According to Kyari, the Federal Government will make provisions for subsidy in 2022, according to NNPC.

Fuel subsidies were not included in the budget for 2021, but he told MPs that the administration has launched a conversation with necessary parties to end the subsidy regime.

This procedure, according to Nigerian National Petroleum Corporation’s (NNPC) GMD may not be completed anytime soon, which is why it’s necessary to reintroduce subsidy in the budget for 2022.

In addition, the legislators want government institutions to focus as much on generating revenue as they do on spending taxpayer money.

MTEF/FSP 2022-2024 is the subject of a three-day public hearing in the Senate, as part of the budget preparation process for 2022

MTEF sets parameters with which the budget is prepared, including the borrowing plan of the government as it proposes $57 per barrel as crude price and 1.88 million barrels daily oil production.

He had already spoken before members of House of Representatives Finance Committee on MTEF/FSP 2022-2024 last Wednesday.

While answering questions about the Dangote Refinery, Kyari defended the federal government’s equity stake in the plant’s construction and operation as well.

Takeover of Dangote Refinery was well thought through, according to him, since it will assure the production of millions of litres in the country, which is critical for Nigeria’s economy to grow.

GOEs are accused of aggravating the country’s shrinking income by engaging in a spending binge instead of remitting the proper cash into the federation account.

A public hearing on the Senate Committee on Finance’s 2022-2024 Medium Term Expenditure and Fiscal Strategy Paper was held on Wednesday, at which Senator Solomon Adeola made the accusation.

With concern, Adeola noticed the Central Bank of Nigeria and other large spenders had not remitted their operational excess to the Consolidated Revenue Fund account throughout the years.

There are certain revenue-generating organizations who spend their revenues under the premise that what is owed to them does not cover the costs of their operations.

These conclusions are not tolerable, according to the preliminary examination conducted by this committee.” Many agency chiefs have seized control of their organizations and turned it into their personal property.

He said, “They’ve decided to go on a spending spree with no one to stop them.”

For example, I don’t remember when NNPC last donated from its excess revenue to CRF, other than lately when they reported profit, out of the 60 Government Owned Enterprises.

There is a requirement from the Central Bank that any surplus revenue accruing to you at the end of each financial year be paid into the Consolidated Revenue Fund, which has an annual budget of around N2.3tn. In the last five to six years, CBN hasn’t made any contributions.”

To this, Dr. Kingsley Obiora, the CBN’s Deputy Governor for Economic Policy, disagreed with the Senate Committee’s chairman. Dr. Obiora represented Godwin Emefiele at the hearing.

With all due respect and deep regard, Obiora stated, “I just want to absolutely say the accusation that the CBN has not remitted surpluses in any year, let alone the last five years, is 100 percent false.”

As required by law, we have remitted our surpluses every year for the past five years.

Every year, we pay back 80 percent of our surpluses as a responsible government agency in accordance with the Fiscal Responsibility Act.

When asked to do so, CBN’s chairman was instructed to do so on Friday, according to the chairman of the committee.

He also ordered the central bank to submit its audited financial statements for the past five years, as well as its monetary policy position paper.

It was for this reason, then, that he appealed for help from federal politicians in order to provide NCS authority to apply excise duties on carbonated beverages through suitable legislation.

There are no excise taxes paid by Coca-Cola in Nigeria now. Coca-Cola exclusively produces in Nigeria and does not pay excise duty.

Our health is harmed by all fizzy beverages. Because of this, I don’t see why we shouldn’t tax carbonated beverages as well as tobacco and alcohol.

When I was first elected to the position, we pleaded for it for five years, but we have not yet been able to get it. I have no idea why.

They disagreed with Ali’s plan and argued that such a move could lead to the collapse of manufacturing enterprises that are now fighting to withstand the severe economic conditions in the United States.

Mele Kyari, Group Managing Director of the Nigerian National Petroleum Corporation, claimed that the agency was spending most of its profit that should have gone into the federation account to subsidise the premium motor spirit, which costs billions of naira every day.

On the other hand, Kyari said that the 60 million litres of subsidised product being evacuated from the various NNPC depots did not represent the actual usage because a major portion was being smuggled out of Nigeria.

According to Kyari, “not supplying electricity for Nigeria will be in violation of the law that established the NNPC.”

So, he stated, “we’ll keep supplying PMS to the Nigerian market at sub-market pricing.” Come back and observe how the narrative can be modified.”

On the first day of the meeting, Adeola had told his guests that the main goal of the discussion would be to find ways of increasing revenue production to minimize borrowing.