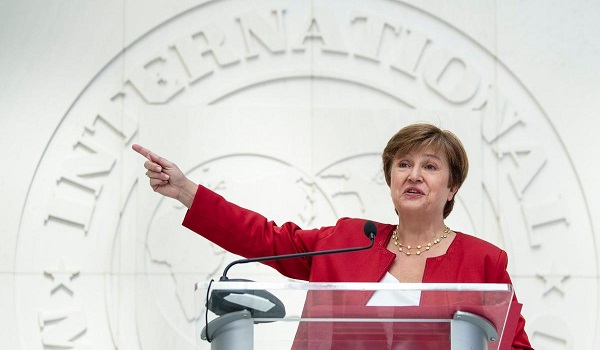 The International Monetary Fund (IMF) in its latest Sub-Saharan Africa Regional Economic Outlook report, would again highlight the elements that have become recurrent as to be only too familiar; yet nonetheless underscore the grave tragedy that has come to define the so-called largest economy on the continent. These are the broad issues of the national revenue, and, the management of the national debt – which the IMF aptly framed as the albatross of debt service, low revenue and fuel subsidy, but are more appropriately the derivatives of the crisis of governance – poor governance.

The summary as captured by IMF latest Sub-Saharan Africa Regional Economic Outlook report presented last week is that the country may be spending 100 per cent of its revenue on debt servicing by 2026. Currently, it spends 89 per cent of its revenue on debt. Added to this grim reality is low revenue, which the IMF’s Resident Representative for Nigeria, Ari Aisen, described as an ‘existential issue’ for Nigeria. He specifically mentioned the nation’s inability to take advantage of the current global high oil prices to build reserves; and then of course, the fuel subsidy payments, which at the current N500 billion monthly level is projected to hit a record N6 trillion by the end of the year. All of the above, he surmised, threatens to push the economy to cliff.

To be sure, in none of the above can Nigerians be fairly accused of either playing the ostrich or feigning indifference. Take for instance the issue of the fuel subsidy now said to constitute an albatross on the economy. Long before the problem was allowed to metastasise, and perhaps long before the IMF woke up to that realisation, Nigerians are on record to have spoken loud and clear on the need not just for the government to fix the nation’s four refineries but also to expand the refining capacity; ditto the ancillary infrastructure that serviced the national fuel distribution system on which the nation had heavily invested.