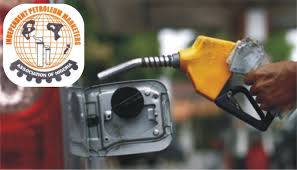 The Independent Petroleum Marketers Association of Nigeria (IPMAN), Calabar Depot, has threatened to shut down depots and 400 petrol stations owned by its members over what they ascribed to incessant harassment by the Police.

The IPMAN, Calabar Depot, comprises over 500 independent petroleum marketers from Cross River State, Akwa Ibom State, and Benue State who with members from some other state make up the Eastern Zone of the association.

Addressing journalists in Calabar, Cross River State at the weekend, Chairman of the IPMAN Calabar Depot, Mr. Robert Obi, accused the Police of making it a habit to harass the leaders of the association, as well as attempt to impose a factional leadership on the association even when issues bordering on its authentic depot chairman, and national president has been settled long ago by the supreme court.

Obi said that the Supreme Court judgment of February 21, 2019, and an earlier judgement of the Federal High Court Calabar delivered June 19, 2019 have long settled the succession tussle.

Obi said that even the legal unit of the police headquarters headed by one CP Daso Oruebo, had advised the police to recognise the leadership of Alhaji Fari, and withdraw from the occupation of the IPMAN national secretariat in Abuja, in compliance with the court orders.

He said the trend should continue at the which incidentally should be extended to other branches since issues been settled at the national level.

He said it was incumbent on the police authorities to enforce the orders of the courts, and restore peace in the Eastern zone of IPMAN.

Obi said rather than ignite fire, and attempt to impose a leadership on the members, especially in Calabar Depot, thereby creating an faction to take over our secretariat, the police should respect the judgements of the court.

“We want to draw the attention of the general public to the continued harassment of our leadership and some members of IPMAN in the name of enforcing a directive by a top Deputy Inspector-General of Police. We were surprised that on Thursday, 29, 2021 about 6.00pm, a police team from Federal Housing stormed our secretariat and tried to force us out and install an illegal leadership. Alleging that the police have been working vigorously to foist a factional leadership for IPMAN across Enugu, Aba, Rivers, and Cross River, Obi said:

“When we confronted them they told us they got orders from above to come and take over our office at Calabar Depot. And if this act of impunity continues, we shall not hesitate to withdraw the services of our over 500 members. “Besides, we would go further to shut down the over 20 depots in our branch and close down over 400 petrol stations to protest the attack on our office and harassment of our members. We have over suffered in the hands of the police.

“The police have no business in how we run our affairs; neither do they have the right to determine who and who our members are. They have attempted to take over our secretariat in Port Harcourt, our members resisted them there. Now they have come down to Calabar to chase our members out of our secretariat and we shall continue to resist such illegal moves.

“Our last option is to embark on an indefinite strike in the days ahead. It is the economy and the public that would suffer the consequences of the strike as other branches would not hesitate to join us in the fight to liberate IPMAn in the zone. So, we call on the federal government and police authorities to call their men to order,” he said.

Reacting to IPMAN’s allegation, the Police Public relation Officer (PPRO), Cross River State Police Command, Irene Ugbo, said: “We are not aware that a team of policemen from Federal Housing Division went to IPMAN office to take over the secretariat. We would investigate that.”