“Just transition” in Nigeria: What happens to oil and gas workers? 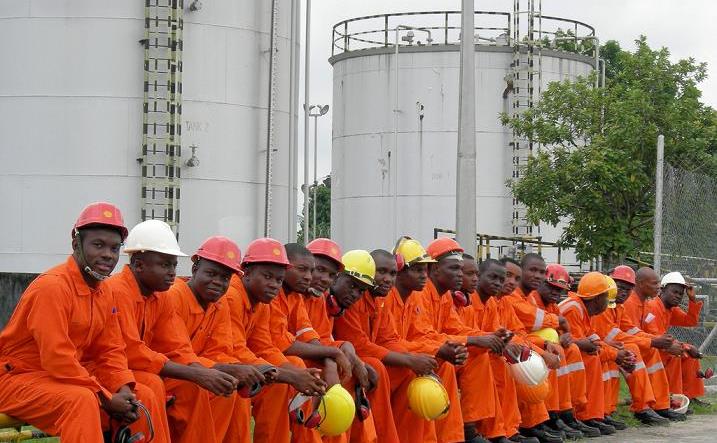 With recent extreme weather conditions; torrential floods in Zhengzhou, Lagos and parts of Western Europe, mudslides in India and extreme heatwaves in the US, the need to combat climate change and its effects has never been more imminent.

Topping the list of industries that need to transition is the global oil and gas industry. While oil has been touted to continue to be a mainstay for Nigeria for many more years to come, there is no denying that the transition is happening, and whether originating in-country or externally, Nigeria’s oil and gas jobs will be affected.

The big question for every transition is, what happens to the livelihoods of the thousands that work in the spaces a country is aiming to move away from? It is the response to this burning question that has coined the phrase “just transition”- simply put, measures to secure the rights, interests and livelihoods of workers when economies are shifting to cleaner forms of production, particularly climate-induced shifts. For an industry that has existed for more than a century, shifting to an economy with little or no fossil fuels is certain to phase out a significant amount of jobs. This includes in connected industries like those providing a range of services to the oil and gas industry.

One Nigerian Bureau of Statistics (NBS) Job Creation Survey has revealed that the Nigerian oil and gas industry employs only about 0.01% of the workforce – numbers for which a quick interpretation would mean that there might not be much need for a just transition conversation in Nigeria. Yet this cannot be further from the truth. The Nigerian oil and gas sector serves various interests and many derive earnings from it through provision of services. Under Nigerian law, a permit called the Oil and Gas Industry Service Permit (OGISP) is required for a range of businesses that render services to the oil and gas sector, including even hospitality, insurance and local gas distribution. Some of these businesses employ low-income earners, and phasing the industry away will significantly affect them and their dependants.

As Nigeria is also largely dependant-structured, with one or two people in a family providing for the rest of the family and other relations, loss of jobs will affect ability to feed, attend school and generally survive for large populations. Also, as Nigeria’s unemployment rate currently stands at 33%, a transition without a critical consideration of jobs would send the country’s unemployment rate soaring and exacerbate crime rate and other social vices. As such, a just transition is not just an environmental or energy sector conversation, it is a governance and economic stability one that must be had.

In order to ensure a just transition, all stakeholders must be involved. The government has a vital role to play by putting in place policies that commit to renewable energy (RE) and to a just transition. A firm commitment to RE will encourage oil and gas companies to invest in RE skilling up programs for workers. A just transition policy should also mandate oil and gas companies to ensure that as part of labour law considerations, they put in place just transition processes for staff. In the EU, a Just Transition Mechanism has been established to direct about $183 billion to fossil fuel and carbon-intensive regions most impacted by the energy transition from 2021-2027. In the UK, early this year, the Department for Business, Energy and Industrial Strategy (BEIS) also unveiled its much-awaited North Sea Transition Deal which would “protect jobs in green energy transition.”

As part of the just transition, a percentage of Nigeria’s oil and gas earnings should be fed into a just transition fund targeted at funding vocational, technical and professional trainings in RE and other programmes that prepare workers for the transition. Green skills should also be introduced into mainstream education and institutions of learning should immediately overhaul existing curricula to serve energy transition purposes. Oil and gas companies should retool staff roles and train staff accordingly.

Skills like project management, safety supervision, electrical works, pipeline construction (which may be relevant for transportation of green hydrogen) used in the oil and gas industry may also be easily transferred to the RE industry. Former business manager at Shell, Adriaan Kamp, who now advises governments on transitioning to clean energy quipped in one interview, “Managing a wind farm or solar project is nothing a good oil and gas man who has built or organised facilities cannot manage.” This means that with proper planning, oil and gas companies could help their workers transition.

The energy transition is like any other transition the world has had to grapple with- especially the technological transition, which we are still working to adapt to, and which is quickly rendering many jobs extinct. If we can retool our jobs, education and policy to align with technological changes, it is to be economically reckless to fail to prepare our workforce for the imminent energy transition.