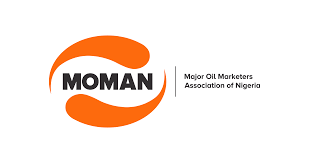 For a long time, transporters have been talking about how bad the roads are in Nigeria. However, it has just been discovered that there is a more serious issue – the amount of money the country loses annually due to road accidents.

According to the Minister of State for Transportation, Senator Gbemisola Saraki, the nation loses about $28 billion annually due to road accidents.

This was revealed by the minister while speaking to attendees at a one-day workshop on “Safety in Road Transportation of Petroleum Products in Nigeria: Short and Long-Term Imperatives,” which just ended.

Recently, the National Association of Road Transport Owners (NARTO) and the Major Marketers Association of Nigeria (MOMAN) organised a conference on road safety that brought together experts from around the country.

She went on to say that the country needs to act in accordance with an agreement reached with her ministry, the federal government, and the ministry of works and housing to ensure that at least three major roads in each of the country’s six geopolitical zones are rehabilitated or built to facilitate the movement of refined products and to reduce the incessant crashes of special vehicles, such as tankers, and, as a result, stop the loss of lives and property.

Senator Saraki further noted that the country needs to complete these rehabilitation and construction projects as soon as possible in order to fully participate in the budding African Free Trade Area Agreement, which will allow it to export its products to other African countries.

Aside from the deteriorating state of the roads, the minister stated that they have become havens for armed robbers, bandits, terrorists, and social miscreants, and that weakly trained drivers operating under the influence of depressants and psychotropic substances are to blame for all of the crashes.

She urged industry stakeholders to include their drivers and other operators in training and retraining their employees in order to help stem the flow of recurrent road mishaps.