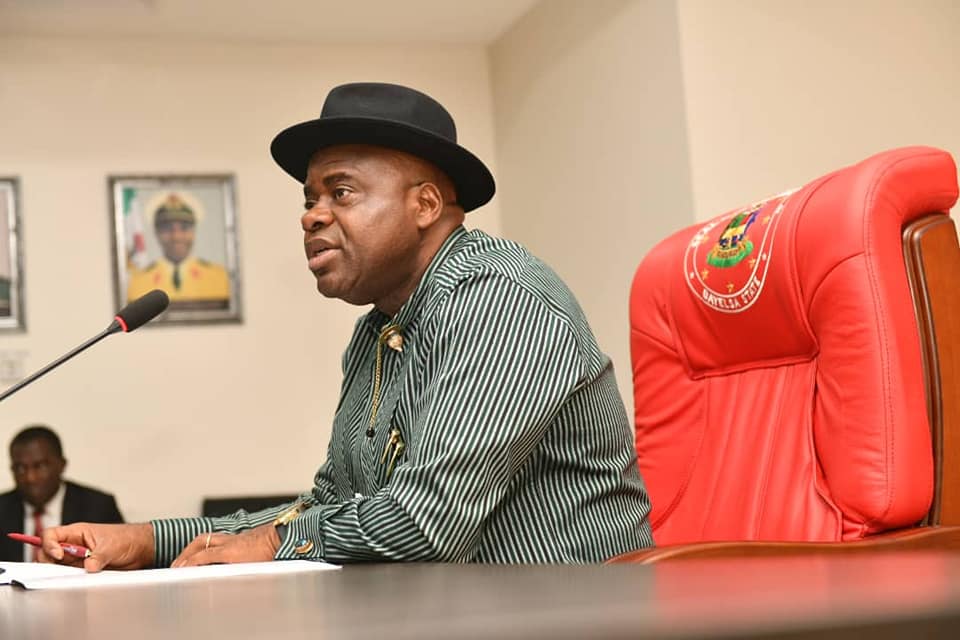 It was alleged that the DG of NOSDRA was quoted as saying that the committee was illegal and was preventing the media from attending the Joint Investigation Visit to the incident site.

On Monday, the Minister of State for Environment, Mrs. Sharon Ikeazor, paid a courtesy visit to Government House, Yenagoa, where Diri spoke.

An on-site investigation of the blowout occurred at the OML 29 Wellhead platform operated by Aiteo Exploration and Production Company Limited in Nembe, where the minister was based, according to the Tide.

On December 8, the Tide learned that the leak had been going on for 38 days before it was finally shut down.

His decision to set up a technical committee was made in accordance with the constitution of Nigeria and the rules of Bayelsa State, which the state governor termed as unacceptable.

Nembe’s people owe him an obligation to ensure justice and proper recompense for all those impacted by the leak, he added, and he will leave no stone unturned.

Despite Senator Diri’s appeal for the JIV team set up by NOSDRA to be transparent and free from any sort of compromise, Senator Diri indicated that providing logistics for the JIV was unethical.

“Honorable Minister, thank you for your attention.” In particular, I was not pleased with the report I received from my team, which included remarks supposedly made by NOSDRA’s director general. Bayelsa State’s elected governor prioritizes the well-being of the people, environment, and property of the state above all else.

According to a rumor, the director general supposedly said, “the committee I had set up and inaugurated was illegal.” Furthermore, he is said to have said that the media cannot be a part of the JIV. –

That’s what my team had to say, “I said.” I’m pleased that you’ve worked out the kinks with the media and that they’ll be included.

According to my earlier remarks, the states and the federal government are meant to work together. Nigerian and Bayelsa State laws provide me with authority to establish this committee, which I can use to investigate anything that harms the people of Bayelsa State.

Because of the way things are going, I’m not thrilled with the committee’s findings. The logistics for the JIV could not have been provided by Aiteo. He also suggested that the director of NOSDRA should be in charge of protecting the state, its employees, and the environment.

The governor, on the other hand, praised the minister for making the trip to Bayelsa State to learn about the hardships of the Nembe people.

Mrs. Sharon Ikeazor, the Minister of State for the Environment, had previously stated that her visit was to inspect the spill’s damage and guarantee that rehabilitation was completed as quickly as possible.

In spite of this, the NOSDRA DG, who was accompanying Mrs. Ikeazor, said it was appropriate for the media to participate in the JIV and that journalists would not be banned from visiting the venue.

According to the minister’s information, a total of 16,800 barrels of oil were reportedly collected from the polluted water.

After the spill, she complimented the residents of Nembe Local Government Area for their calm response.

Additionally, she lauded the state government’s exceptional leadership in coping with the crisis.