Nigeria: Dangote to Diversify Into Oil and Gas in Cameroon 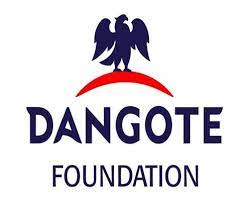 Mr Dangote has met with President Paul Biya of Cameroon.

Aliko Dangote, Africa’s most affluent person, is betting on the Cameroonian energy sector for now to deliver the diversification his group’s investments in the Central African nation need, Bloomberg reported Thursday.

“We have plans to expand our investment to other sectors beginning with oil and gas,” Mr Dangote told journalists on Wednesday in Yaounde after talks with President Paul Biya without giving further details.

The chair of Dangote Group said his cement unit would accelerate production by two times its current rate in Cameroon, where it launched a 1.5 million-tonne cement-grinding facility more than six years ago, a move halting four decades of four decades of French monopoly in the sector.

It has set itself a target to export four million tonnes of clinkers by the end of next year.

The cement-maker hopes to raise production in its home market Nigeria, where it produces three of every five bags of cement, by a third following a construction boom in the country as the economy revives from a recession.

Shares in Dangote Cement were trading at N230 per unit at 02:13 pm in Lagos on Thursday, recording no movement.

The group’s biggest bet yet, a 650,000 barrels per day refinery situated in Lagos, is due this year. At completion, it will rank as the largest on the continent and the biggest single-train facility in the world.