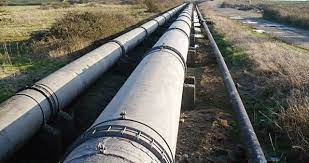 Nigeria relies on oil exports for more than half its budget and 95% of foreign exchange. The cost to repair the pipelines alone is roughly 60 billion naira ($145.99 million), information minister Lai Mohammed told a town hall meeting in Abuja.

“One can only imagine the impact on the economy,” Mohammed said, adding that the resulting spills also had a devastating impact on the water, air and soil quality.

Typically the damage is caused by thieves who tap pipelines to illegally refine the oil and sell it on the black market.

Nigeria, Africa’s largest oil exporter, is pumping around 1.47 million bpd of oil as a result of an agreement with OPEC and other oil-producing nations to curtail output. Its capacity is around 2 million bpd.

Many oil spills in the southern oil production heartland of Africa’s biggest crude producer are caused by theft and pipeline sabotage. The taps used to steal the oil also cause accidents, fires and sometimes explosions.
Source: Reuters (Reporting by Felix Onuah, writing by MacDonald Dzirutwe, editing by Libby George and Barbara Lewis)