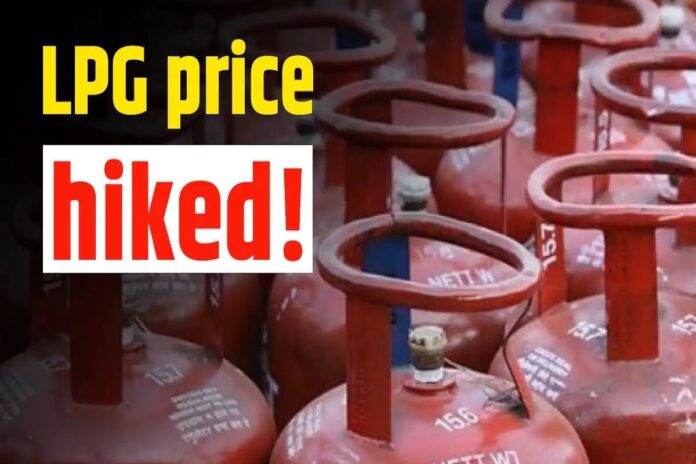 The Nigeria Liquefied Natural Gas (NLNG) Limited has drawn the attention of the federal government and other stakeholders to the export of Liquefied Petroleum Gas (LPG) commonly known as cooking gas by some local producers of the product despite the scarcity of the energy source in the country.

The company said the trend was going on despite its commitment to supply 100 per cent of its LPG supply into the Nigerian market to ease the shortages and hardship being suffered by Nigerians in accessing the product.

In a statement issued yesterday and signed by the General Manager, External Relations and Sustainable Development, NLNG, Mr. Andy Odeh, the managing director, at the occasion, called on all stakeholders to collaborate in reversing the trend.

“I think that we need some favourable government policies concerning LPG pricing. We need a utilisation policy that encourages the deepening of this market. The government will need to adopt a phased removal of kerosene subsidies. We all know the challenges that subsidies provide as a whole,” he said.

He noted that NLNG remained committed to the supply of 100 per cent of all its LPG production, which comprised butane and propane, to the Nigerian domestic market despite feedgas and market challenges.

Mshelbila stated that there were challenges that slowed the utilisation of LPG in the country, which he noted, included the inability of the market to completely absorb NLNG’s propane production, leading to its sparse export of propane to avoid tank-top situations at its plant.

He said, “When we made that commitment last year, the intention was that every molecule of butane and propane that we produce in our facility would come into the domestic market and since then we have made every effort to keep to that since January 2022. We have been successful in achieving supply of 100 per cent of our butane production.

“We have not been able to reach 100 per cent with propane, not because we don’t want to but because the market capacity to absorb the propane is just not there. “We intend that all the butane and all the propane that we produce goes into the domestic market whether propane is being used to blend with butane as cooking gas, used as autogas, or used in industry to generate power.

The NLNG boss said the company was able to deliver the 400,000 tons of LPG into the domestic market last year under extremely difficult circumstances where gas supply into its plant was heavily compromised by numerous upstream factors.

Identifying the single biggest of such factors as crude oil theft, Mshelbila said as a result of the disruption this created, the company’s capacity utilisation fell.

NLNG had last August disclosed that oil theft and pipeline vandalism had resulted to the company losing almost $7 billion so far in revenue in 2022 due to gas supply constraints.

The company’s General Manager, Production, Mr. Adeleye Falade, who disclosed this at a conference in Lagos, had said the company’s 22 million tons per annum LNG plant’s production was at the time trending at 99.4 per cent year-to-date availability while utilisation hovered around 68 per cent.

Falade had explained that the data between the 99.4 per cent availability and the 68 per cent utilisation, which was equivalent to $7 billion revenue, was part of the effect of the critical oil and gas pipelines that were shut down due to insecurity at the facilities.

Read the original article on This Day.