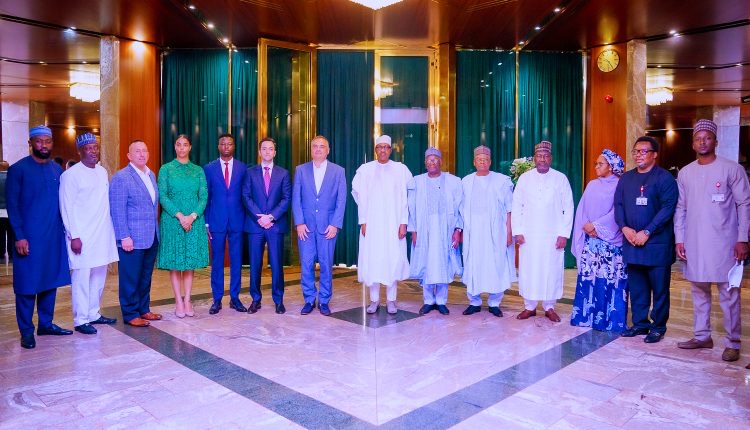 August 04, (THEWILL) – Nigeria has secured a $1.5 billion loan from the US-EXIM Bank to deliver solar power infrastructure in 10 different locations in the country.

August 04, (THEWILL) – Nigeria has secured a $1.5 billion loan from the US-EXIM Bank to deliver solar power infrastructure in 10 different locations in the country.

This was disclosed by Adam Cortese, Chief Executive Officer, SUN Africa LLC, USA, after a meeting of a delegation of the company with President Muhammadu Buhari at the Presidential Villa, Abuja on Thursday.

He explained that the loan is a government-to-government facility at a concessional rate of over 20 years.

According to him, the Niger Delta Power Holding Company (NDPHC) will own the assets which he said will not only generate low-cost electricity and enable the company to pay back the loan.

Cortese said, “Once again, this is government-to-government financing. It’s built upon the success that we’ve had in Angola recently, where we’ve delivered roughly $2.6 billion of solar PV storage and transmission capacity.

“I think the important point to note here is yes, it’s a government-to-government loan, from the US-EXIM Bank to the government of Nigeria, but it’s being done at a concessional rate; over 20-year tenure, which is extremely attractive.

“What’s unique about this model is that NDPHC is going to own its own assets. So, it’s going to own its own generation base and our project will deliver a low levelised cost of electricity, which will not only allow them to pay back the loan from EXIM Bank but generate a profit on top of it.”

While receiving the delegation, President Buhari declared that the rapid integration of solar power into the country’s energy mix will lead to an increase in electricity access to underserved and unserved communities.

He said his administration has embarked on several reforms aimed at revitalizing Nigeria’s energy sector aimed at improving energy access to communities across the country.

He commended the interest of the US developer to invest in Nigeria’s power sector, pledging that the Federal Government would remain committed to collaborating with the private sector in improving energy access, creating jobs, and industrial development.

Highlighting some of the reforms embarked upon by this administration to address Nigeria’s energy needs, the President listed the recent signing of the Nigeria Climate Change Bill in November 2021, the implementation of the Power Sector Recovery Programme with the World Bank, and the Nigeria Electrification Program aimed at enhancing energy access to remote communities.

He also added that the Presidential Power Initiative with Siemens was aimed at achieving end-to-end alignment across the electricity Value Chain.

A statement issued by Femi Adesina, Special Adviser to the President on Media and Publicity, quoted the President as saying: ‘‘Initiatives like these will go a long way in developing local capacity through technology transfer and relieving transmission constraints through the generation and distribution of electricity in the local Distribution Companies Franchise Area, making off-take easier.

‘‘The Ministers of Finance and Power, as well as other Agencies of Government, will remain available at all times, to ensure the achievement of this significant project as part of our efforts towards achieving Net Zero Emission by 2050.

‘‘I am pleased to note the technology transfer content embedded in this initiative, as well as the employment generation potentials.

‘‘I thank you all for coming and look forward to receiving regular updates as you achieve significant milestones in developing your projects in Nigeria.”

In his remarks, Goran Rajsic, Founder, Sun Africa LLC, USA, said the renewable and infrastructure company hopes to deliver solar power in multiple locations across the country, just as it has done in Angola, with financing done through the US EXIM Bank.

He submitted that his organization, working with other leading energy companies, has the capacity to do what Nigeria requires in the area of power.
“We will create something that will be of immediate need for Nigeria, and last for years to come”, he said.

He described what Sun Africa LLC, USA has in mind as “a partnership for energy and infrastructure, which will revolutionize both the industrial and agricultural sectors.”