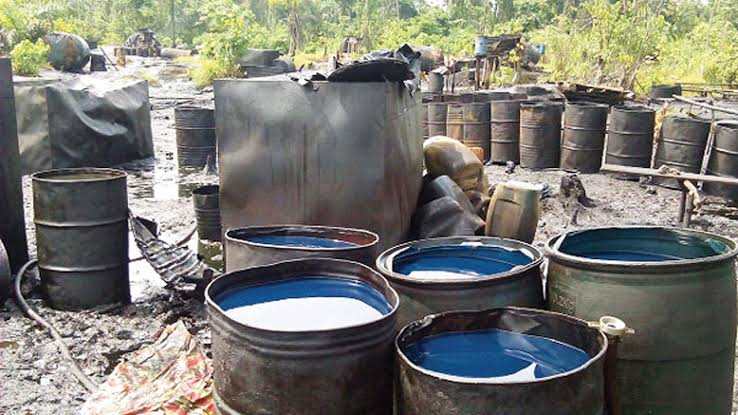 The Federal Government has announced it has recovered 230,000 barrels of stolen crude oil since April 1, and arrested 85 suspects and 72 boats.

This was disclosed in a statement by the government on Monday evening, citing the success of Operation DAKATAR DA BARARWO (OPDDB), an initiative between the Nigerian National Petroleum Company Limited and the Nigerian Navy to curb crude oil theft that has limited Nigeria’s earnings capacity from sale of crude oil.

Nigeria lost $1 billion of crude oil to thieves in the first quarter of the year, and also earned just 39% of its projected oil earnings for the same period due to crude theft.

The Federal Government stated, “Since the April 1, 2022 launch of Operation DAKATAR DA BARARWO (OPDDB) in synergy with NNPC Limited to curb crude oil theft and associated crimes, the Nigerian Navy has recovered/prevented the theft of Twenty-Five Billion naira (N25,000,000) worth of stolen crude oil and product.”

Also, the arrested suspects were 85 in number, arrested boats were 71, 127 ovens were destroyed, 102 large pits, 148 storage tanks and 35 pumping machines were recovered.

Last week, the Trans-Niger pipeline, an oil pipeline which is capable of moving 180,000 barrels of crude every day across Nigeria, has stopped transporting the product since the middle of June as a result of theft.

Gbenga Komolafe, the head of the Nigerian Upstream Petroleum Regulatory Commission in a statement said Nigeria lost a staggering $1 billion in revenue in the first quarter of 2022.