Nigeria’s oil industry is in jeopardy as security threats grow. 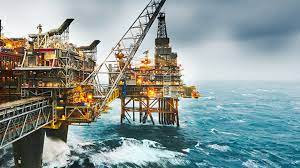 Nigeria’s oil industry is in jeopardy due to security concerns. Increasing security expenses will inhibit investment and raise production prices.

Nigerian crude output is being hampered by operational concerns.

Militants’ threats to cut off oil supplies could reemerge.

Industry officials and analysts have warned that a new wave of security challenges in Nigeria poses a serious risk to Africa’s largest oil production and a major supplier of light sweet crude grades to Europe.

Issues have been expressed as a result of a rising number of kidnappings and attacks on oil employees in the country this year. On August 16, gunmen opened fire on a convoy of workers at Shell’s Assa North gas production project in Imo state, killing four people. Following the event, Shell shut down the gas facility and other nearby facilities.

“Although the affect of security challenges is not directly felt in terms of oil production right now, it is weighing more heavily on the government and companies who are now required to spend more on worker and oil facility protection,” said Abiodun Adesanya, CEO of Lagos-based oil consultancy Degeconek, to S&P Global Platts.

Due to operational and technical challenges, key crudes such as Bonny Light, Escravos, Forcados, and Qua Iboe have all had output issues. Meanwhile, in recent months, sabotage has targeted some of Nigeria’s most important oil facilities.

Nigeria, according to S&P Global Platts Analytics, will be one of the biggest challenges to OPEC+ production growth by the end of 2021, and supply threats from militants could reemerge as unrest flares up in the country’s southeast following the Imo assaults.

In a recent statement, Platts Analytics stated, “With Nigerian crude supply restricted below 1.5 million b/d since May, risks are mounting to our anticipated supply expansion from 1.4 million b/d in August to above 1.7 million b/d by year-end.”

Officials in the industry have stated that the recent increase in security risks will have an influence on production costs, as companies would need to spend more on worker and facility protection.

According to Nigeria’s top oil workers’ union, Pengassan, increased attacks by bandits and other criminal activities, such as abduction for ransom in the oil centers of Port Harcourt and Warri, have hampered foreign direct investment into the nation.

“We are finding it increasingly difficult to keep our members in check as their restlessness over the country’s growing and rising insecurity spirals out of control, with unimaginable implications,” the oil union warned in a statement on Aug. 27.

“Morale and confidence are now at an all-time low, not only among oil employees but among the general public, that if such a senior military formation can be assaulted, then nothing is safe,” a Western oil industry official in Nigeria said.

“It now appears that meeting the government’s aim of decreasing operating costs by $10 billion by the end of this year will be a difficult assignment,” he added.

Nigeria’s oil industry has long been plagued by security concerns. In 2016, militants operating in the Niger Delta intensified attacks on oil fields and ports, causing production to plummet to 1.4 million barrels per day. As a result, President Muhammadu Buhari has kept a presidential amnesty program for militants in place since 2009 in order to maintain calm in the Niger Delta.

The program’s initial implementation in 2009 helped to reign in activities that had caused significant damage, but there is now danger that certain organizations may refuse to participate in the amnesty, resulting in additional attacks on oil infrastructure.Nigeria’s oil industry is in jeopardy as security threats grow.