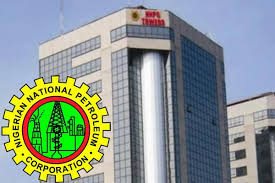 The Nigerian National Petroleum Corporation, NNPC, has averted what would have led to a bleak Christmas after it took a hard decision to revert to naira denominated invoices for excess capacity for coastal movement using import and export window rate for the time being.

Oil marketers and other stakeholders have expressed deep concern on such charges in foreign exchange and had subtly rejected plea by the Corporation to engage in products distribution.

Marketers have explained that the NNPC was not actually addressing the critical issue around product distribution.

They claimed that the issue is the US dollar charges on port dues of fuel vessels by NIMASA and NPA which they insist on collecting despite presidency directive to stop.

They also faulted the Central Bank of Nigeria, (CBN) that promises to provide foreign exchange for their operational requirements but they didn’t accept because transportation Minister, Rotimi Amaechi refused to accept.

They cried out that the costs are no longer bearable to marketers hence the situation at hand and that the NNPC is now charging US dollars on their vessels for which they were hitherto charging naira.

However, after an emergency meeting held in Lagos on Tuesday, engaging parties which include the Nigerian Midstream and Downstream Petroleum Regulatory Authority, NMDPRA, NIMASA, NPA, NNPC, Major Oil Marketers Association of Nigeria, MOMAN and Depot and Petroleum Products Marketing Association of Nigeria, DAPPMAN, accepted to remove all hinderances to smooth and effective products distribution.

According to a communique issued at the end of the crucial meeting all parties agreed to collaborate to ensure smooth and sufficient distribution of products to all parts of the country.

The communique signed by Engr. Farouk Ahmed for NMDPRA, Clement Isong for MOMAN, Yemi Adetunji for NNPC and Olufemi Adewole for DAPPMAN, stated that the NNPC will sustain products distribution and supply and immediate reversion to naira denominated invoices.

The NIMASA and NPA agreed to engage their supervising ministries and the Central Bank of Nigeria, CBN, to seek ways of addressing the challenges relating to payment of levies and dues in US dollars.

The NMDPRA, under the agreement would begin engagement with stakeholders on the reconciliation of bridging claims.

They also agreed that the current bridging and administrative charges shall continue to apply.

It was also agreed that marketers and Depot owners shall start charging official ex-depot price immediately.

Also, NMDPRA shall begin stakeholder engagement by first quarter of 2022 on the implementation and timelines of the Petroleum Industry Act, PIA.

The Nigerian National Petroleum Corporation, (NNPC)had said that petrol is available for the Yuletide however, findings show that current situation leading to panic buying in some parts of the country may spread before Christmas and get worse if federal government fails to interven.

The NNPC has raised serious concern following lengthening queues at petrol stations especially in the federal capital territory, FCT, Abuja and parts of the Eastern states.

Garba Deen Muhammad, Group General Manager, Group Public Affairs Division, of the Corporation, in a statement on Monday confirmed that NNPC has over 1.7 billion litres of petrol in stock and more product is expected to arrive into the country daily over the coming weeks and months.

“It is therefore unnecessary to entertain any fear of scarcity of petrol throghout the festive season and beyond.

“The NNPC is also not aware of any plan by goverment to cause an increase in the pump price of petroleum. The Nigerian Midstream and Downstream Petroleum Regulatory Authority (NMDPRA) has made that declaration last week” said Muhammad.

In view of these assurances, the NNPC advised motorists and other consumers of petrol to maintain their regular pattern of the purchase of petrol without getting into a panic situation that may send the wrong signals around the country.

The NNPC said it is also engaging all stakeholders to ensure smooth supply and distribution of products to every part of the country during the festive season and beyond.