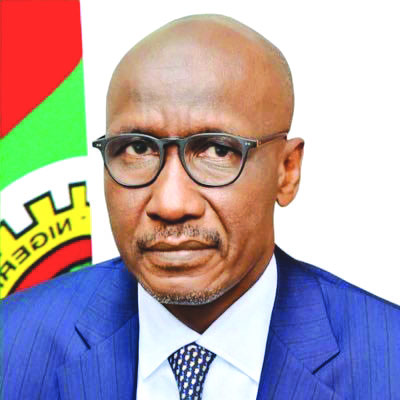 The delivery of the new vessels, MT BARUMK and MT SAPET, has increased NNPC and Sahara Group’s joint venture (JV) investment to over $300 million, approaching the JV’s $1 billion gas infrastructure commitment by 2026.

The fleet previously comprised MT Sahara Gas and MT Africa Gas. The four vessels were built by Hyundai MIPO Dockyard, a foremost global manufacturer of mid-sized carriers. The plan is to further add 10 vessels in 10 years to enhance Africa’s transition to cleaner fuels. MT BARUMK and MT SAPET are WAGL and Sahara Group’s injection into the JV.

Group Managing Director, NNPC Limited, Mele Kyari said an order of three additional new vessels was being finalised, adding that the partners have a target of delivering 10 vessels over the next 10 years.

“The NNPC and our partners stand out with integrity in our energy transition quest and our commitment environmental sustainability is unwavering,” Kyari said.

He said the vessels were critical to driving the Federal Government’s commitment to the domestication of gas through several initiatives and increasing seamless supply in compliance with the mandate of President Muhammadu Buhari.

According to him, the initiatives – the LPG Penetration Framework and LPG Expansion Plan –  are geared towards encouraging the use of gas in households, power generation, auto-gas and industrial applications in order to attain five Million Metric tonnes of LPG consumption by 2025.

“With the new vessels we are set to promote and lead Africa’s march towards energy transition,” Shonubi said.

Nigeria’s Ambassador to South Korea,  Ali Magashi, who represented the Federal Government, noted that President Muhammad Buhari deserved commendation for the Petroleum Industry Act (PIA) which he said would reposition the NNPC to explore more projects with partners like Sahara Group.

LPG is the fastest growing petroleum product in sub-Sahara African over the last decade, with forecasts indicating that LPG will grow at seven per cent compound annual growth rate (CAGR) over the next 15 years.