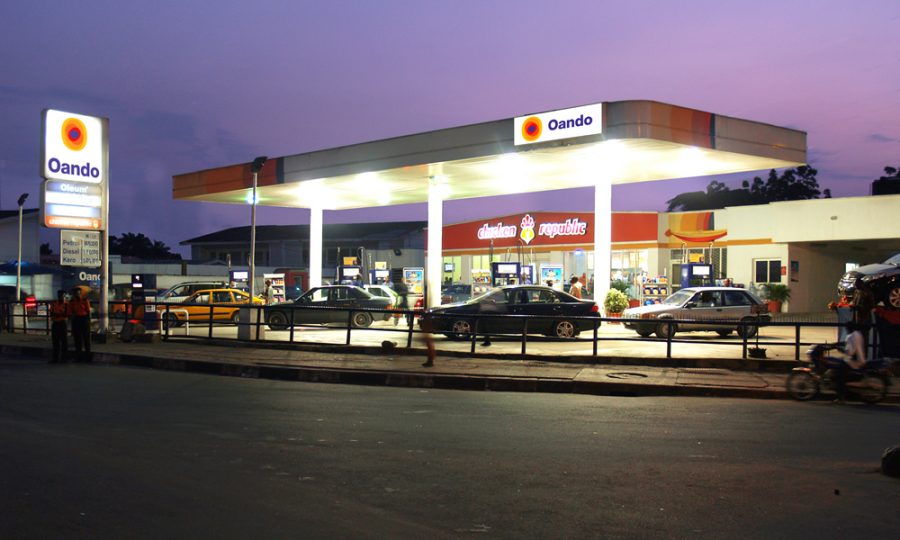 Huge losses have forced Nigerian multinational oil company, Oando Plc, on the verge of voluntary delisting on the Nigerian Exchange Group (NGX).
The company has been fraught with shareholders’ dispute, which stalled their Annual General Meeting (AGM) and affected lots of investors.

The matter was compounded by losses encountered during the 2020 pandemic, and it has been downhill from thereon.

Results at a glance

From the results recently published on the Nigerian stock exchange, the oil firm isn’t in a good position, compared to its peers on the Nigerian bourse, like MRS, TotalEnergies and Ardova.

Many oil marketing firms were affected by the pandemic. In fact, in the half year of June 2020, the total revenue generated by five of the major oil marketing companies in the country slumped by 40.79 per cent, compared to figures in the previous year.

Tinubu said, “2020 proved to be an unprecedented year for the global economy due to the impact of the novel COVID-19 pandemic. The oil and gas industry was no exception as the year turned out to be one of the most challenging years in its history. We witnessed the lowest oil prices since our sojourn into Nigeria’s upstream sector in 2008, thus negatively impacting our revenue during the period.

“This resulted in us having to impair a portion of the goodwill on our balance sheet to ensure the carrying value of our assets was a true reflection of the environment we were operating in. Furthermore, the second tranche funding of the settlement of a protracted and disruptive shareholder issue resulted in us taking a further impairment on a category of our financial and non-financial assets.”

Tinubu stressed that in the midst of the challenges, the company’s hedging policy and long-term off-take contracts ensured that its cash flows were not severely stressed during the period.

The company, also in the same statement it published and available on the exchange, blamed the inability of the Organization of Petroleum Exporting Countries (OPEC +) to agree on production cuts as a debilitating factor. This factor resulted in a global excess supply of 35 million barrels a day by the end of the first quarter of 2020.

Reacting to the effects of the pandemic on the oil sector, an energy professor, Adeola Adenikinju, said the passage of the Petroleum Industry Act (PIA) would help the sector achieve growth.

Adenikinju said, “It is a shame that we cannot meet our OPEC quota when countries are taking advantage of supply shortages in the market. The government has to be more proactive in this issue. They should implement the Petroleum Industry Act (PIA) which would help the sector a lot more.”

He noted that it was important for the market to be liberalised for companies to do well in the sector.

In 2017, the Securities and Exchange Commission (SEC) received petitions from two shareholders who accused the oil firm of several regulatory infractions, including corporate governance lapses and mismanagement.

Investigating those claims, the SEC sanctioned the firm by suspending its AGM in 2018 and even attempted to get Tinubu and other affected board members to resign in 2019.

Not wanting to be put on the backfoot, Oando, in response to the commission’s action, challenged SEC’s directives in multiple court cases.

SEC’s moves included the indefinite suspension of Oando’s Annual General Meeting (AGM) in June 2019 and a proposed plan to institute an interim management to appoint a new board of directors and a new management team for the energy firm.

A statement from the oil firm said that for over a three-year period, it was unable to produce company results due to the SEC’s suspension of its AGM in 2018 over a dispute with an indirect shareholder, Ansbury Investment Inc.

The suspension of the company’s 2018 AGM and attendant issues prevented shareholders from being kept abreast of business operations, a move decried on numerous occasions by Oando and its executives as not being in the best interest of the market, a statement attributed to the firm read.

It said, “In July 2021, Oando entered into a settlement with the SEC on all matters subject to litigation and other issues flowing therefrom, thus putting an end to one part of the dispute with Ansbury. Key for Oando was that the SEC did not find the company guilty of any wrongdoing and, by way of a settlement, was able to prevent further market disruption and harm to Oando PLC’s shareholders.

“After 12 consecutive quarters of profits up until Q3, 2019, the company reported in its 2019 audited financials a loss-after-tax of N207.1 billion largely attributable to impairments for goodwill and loans associated with the indirect shareholder dispute. The settlement of this long-running dispute led to an impairment of N148 billion on financial assets, but forms the final resolution and settlement of the dispute with Ansbury, the indirect shareholder whose actions had significantly destroyed shareholder value over the last four years.

“The company has been resolute in reiterating that all actions taken to date have always been in the interest of all Oando shareholders. Furthermore, shareholders have consistently asked the company to take all necessary steps to resolve this dispute and move the business forward.

It noted that despite the loss, the settlement finally took Ansbury out of the picture and provided relief for faith to be restored to the system.

However, as it stands now, faith is still shaky as minority shareholders have filed a petition in court seeking a ruling that would buy out their position in the firm. These shareholders, according to a notice by the firm on the NGX, are 14 in number and they hold a total of 299,257,869 shares.

Their major request, which was filed at the Federal High Court, Lagos, on March 25, 2021, was to pray the court to buy out of their entire shareholding, either by Ocean and Oil Development Partners Limited (OODP) or Oando, in their best interest, as well as that of the company.

These terms were responded to by OODP in a cross-petition where it stated its willingness to buy out all the minority shareholders of Oando via a court-ordered Scheme of Arrangement (pursuant to Section 715 of the Companies and Allied Matters Act 2020).

However, this action has to be approved at the next Oando’s shareholders’ general meeting.

The implication of this action could result in a voluntary delisting of the firm, according to its press statement dated June 22, 2022 where it detailed some of these occurrences.

The Head, Corporate Communications, Alero Balogun, in a telephone interview with The ICIR, assured shareholders that their investments were safe, and that the 2019 and 2020 full-year results were not a true reflection of the company’s financial status.

Balogun said, “I don’t know if there is anything we have done that shows that our investments aren’t safe. Our recently released results are three years old; they are retrospective results. They do not reflect the true reflection of the company today. There is a need to see our 2021 and 2022 results to know the status of the company. With regards to shareholding, the courts have asked us to do the Scheme of Arrangement and that is what we will do and just follow due diligence.

“There is nothing that says that the shareholders were bought out. It goes to a general meeting and through a vote. And it is based on that vote that the organisation knows what to do next. I can’t weigh in on that until we would to have wait till the Scheme of Arrangement and a general meeting.”

She added that the audited accounts for 2021 accounts would be released after the AGM had given the firm an approved auditor to work with. She also hinted that an AGM would be convened in the following months, possibly, in a two-month period.