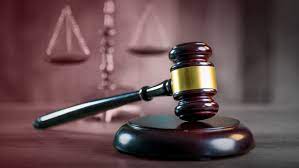 A big victory for Nigeria, and the beginning of addressing decades of host community unrest, was lauded by the NNPC in a recent court decision, which affirmed the NNPC’s long-held claim to the Oil Mining License 11, OML 11.

On Monday, a decision made in Abuja by the Federal High Court was overturned by the Appeal Court sitting in Abuja, which concluded that the SPDC, a subsidiary of Shell, was entitled to the extension of the OML 11 lease.

The Appellate Panel ruled that the Minister of Petroleum Resources possesses the power to renew the OML 11 Lease for SPDC, and that they have decided to grant the lease renewal to SPDC. The Court went on to say that the Minister made the appropriate call in selecting NPDC, a subsidiary of the Nigeria National Petroleum Corporation, as the successful bidder for the OML 11 Lease.

NNPC Group Managing Director, stated that the judgement has opened the door for a formidable OML 11 team led by the NPDC to ensure effective productivity while safeguarding the environment.

Thus, the NPDC’s return to the OML 11 construction site will show the NPDC’s entire dedication to helping communities and the nation.

In order to accomplish our goal of establishing a new beginning in the Niger Delta region, we now have an opportunity to rebuild on OML 11, led by global best practices and a social contract that would place the people and environment of the Niger Delta above money.

“This is a major success for the people of Nigeria and the government, because now we have the opportunity to responsibly unlock the oil and gas resources in the block,” Kyari declared.

The report concluded by saying that the NPDC has taken over the assets and operations, and that everything is up and running, with the NPDC collaborating closely with all stakeholders and partners to accomplish the new objective of “responsible, smart engineering and environmental sustainability.”

The NNPC GMD said that the NPDC will use its gas output to promote sustainable energy initiatives, including gas-to-power efforts, which will present the region with many options.

The claim highlighted that NPDC’s operations will be focused on maintaining the environment and implementing a robust host community engagement strategy to solve problems that now exist, while simultaneously agreeing to a transparent approach to engagement going ahead.

The NNPC said the SPDC should avoid any additional legal challenges by the SPDC, explaining that the moment had finally come for Nigeria to benefit from the OML-11.

Now is the opportunity to undo decades of misery and damage by appealing to the courts with a resounding Appeal Court verdict. It is time to make the most of the growth potential in the area.

Shell’s additional legal action would be a total waste of time and money because of their failure to work on the Ogoni part of the block for over 30 years, which has provided the nation with the impetus to create new beginnings.