PIA: Half Bread Is Better Than None -Prof. Iledara 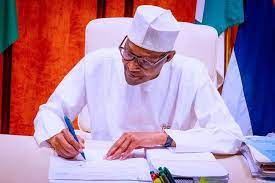 Prof. Iledara commended the signing of the PIB into law, saying it is an accomplishment worth celebrating. However, he called on the National Assembly to go back again to take a second look at the PIA and revise it so it is more accurate.

Prof. Iledare thinks that the implementation committee should have been expanded to include professionals who are currently working in the area of petroleum resources. He believes that including these professionals will make it much easier to deal with the various concerns that have been raised over the PIA.

However, “half bread is better than none”, the national assembly can do better, he said.

He went on to say that the committee members have a similar constitution (or “constitutions”) and tried to put the PIA into practice in an environment with diverse religions and cultures; this is arrogance. He said the institution should be empowered.

The Petroleum Industry Bill (PIB) has been signed into law, but it isn’t actually the original bill that was envisioned by industry experts. This is because some of its terms were renegotiated to favor foreign oil companies.

He further went on to say, to ensure that the impact and implementation of the Petroleum Industry Act are effective and sustainable in the nation’s oil and gas industry, President Mohammadu Buhari must give up his position as the Minister of Petroleum in the Ministry of Petroleum Resources.

Although the Nigerian National Petroleum Corporation (NNPC) is making plans to commercialize, it’s still unclear how this will impact the country’s welfare.