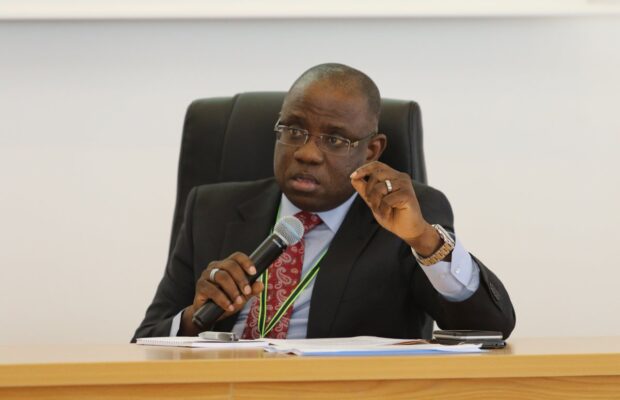 SAIPEC 2021 – Bayo Ojulari, the outgoing Managing Director of Shell Nigeria Exploration and Production Company (SNEPCO), has said that for a successful Energy Transition in Africa, there must be a strong commitment at different levels from the government, industries, and societies in the region.

He said that Adopting New Technologies, Business Models, Partnership, supported by the Regulatory Framework will be needed to accelerate Energy Transition in the African continent.

Bayo Ojulari who was featured in the SAIPEC 2021 panel session titled “IOCs perspective on Dynamics’s of Sub Saharan Africa’s Energy, Oil and Gas as we Strive to a Low Carbon Future” stressed that the recent IEA African Energy Outlook report highlighted that Africa is the fastest and youngest population in the world, accounting for 20% of the global population with vast natural resources poised for a low carbon future.

He explained, Africa currently accounts for a low share of about 6% for world’s energy demand, 3% of electricity demand, power shortages diminish the region’s growth by 2 – 4% per year, holding back efforts to create jobs and eliminate energy poverty.

According to the report, Sub-Saharan Africa accounts for a very small portion of global energy-related carbon dioxide emission, less than 1% and even smaller share. The increase in population and demand for modern energy will have a crucial influence on Africa’s carbon future.

He added, “We need an effective partnership between customers, government, industry, and action plan. No individual can do that alone.

“The energy demand transformation should impact the industrialisation of Sub-Saharan Africa as well as transforming the demand sector-by-sector across the energy system based on the need of the region.

“We need to change the mix of energy products been sold to our customers as their need for energy changes.

“We need to reduce the carbon intensity of the energy mix such as the way energy is used and produced. It will require the use of low carbon fuel such as natural gas as well as deep electrification of most energy end-users and decarbonisation.

“Off-grid renewables such as solar together with natural gas usage for electricity, industrial and domestic fuel are poised to lead Sub-Saharan Africa Energy Transition to a low carbon future as the region moves away from the traditional use of biomass that currently accounts for about 60-70% of energy consumption. Solar will play a key role in that context.

“There are also other opportunities in the global energy space such as using CCUS technologies and nature-based solutions which Africa can tap into.

“Sub-Saharan Africa leaders have no choice but to bridge the energy gap urgently. We can adopt the demanding energy practice that has brought the world to the brink of clean energy.

“At Shell, we believe that there are key elements for the Energy Transition. The transition to a low carbon future will unfold at different places and across all sectors of economic activities. It will create new risks and opportunities.”