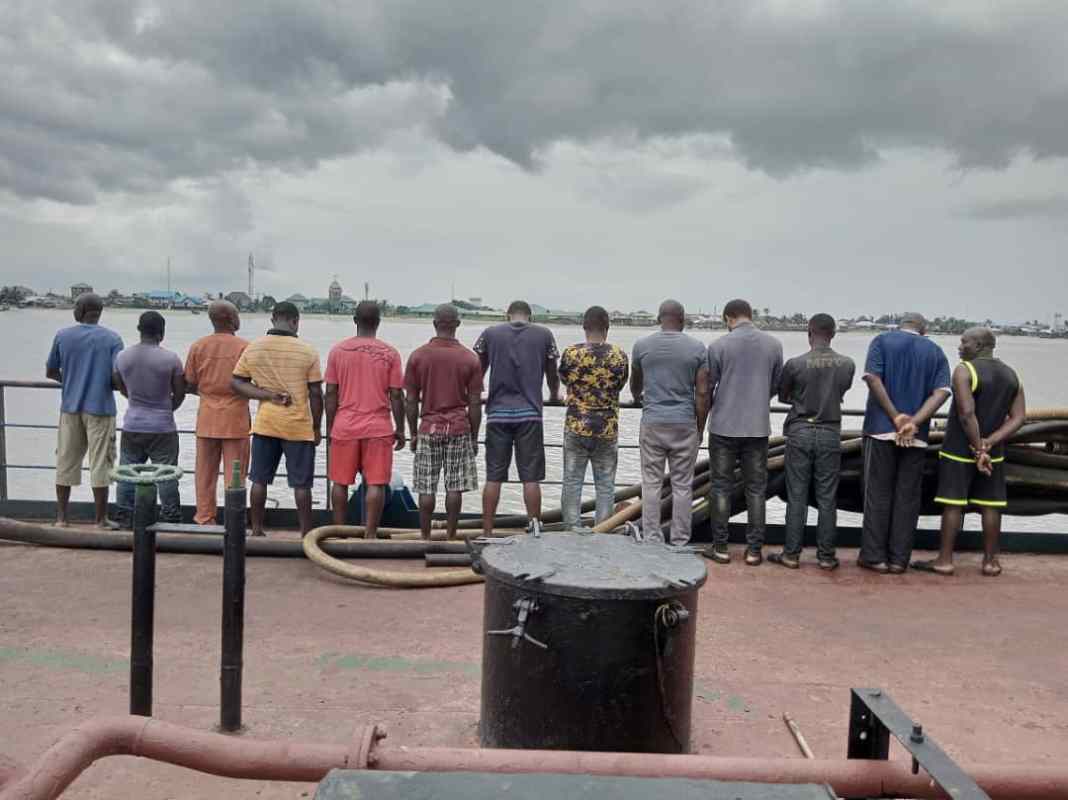 According to the Joint Task Force, Operation Delta Safe, there were 13 ships loaded with crude oil and 567 suspected oil thieves detained in the South-South in 2021.

The Commander of the Joint Task Force (JTF), Rear Admiral Aminu Hassan, revealed this at a news conference in Yenogoa on Friday.

According to Hassan, nine barges were captured by the JTF this year because of a new strategy.

More than 4,929 storage facilities from 1,423 illicit refining plants were also demolished, according to him.

A total of 51 militant/pirate camps were attacked and destroyed by the JTF, he claimed, and 153 weapons and rounds of ammunition of various calibers were found.

When it came to piracy on the high seas, the Nigerian Navy was responsible for it, but the Joint Task Force was in charge of the backwaters.

It will have a significant impact on marine crime in 2021, he said.

IMB figures show an overall decline from 46 reported cases in October 2020 to 28 in October 2021; only four of them were traced to Nigeria, he said, quoting those figures.

According to the commander, the JTF used a non-kinetic conflict resolution strategy to resolve 54 disputes involving oil companies and their host communities.

Hassan said in an interview that JTF success was attributable to the support provided by the CDS, Lucky Irabor, and other service chiefs.