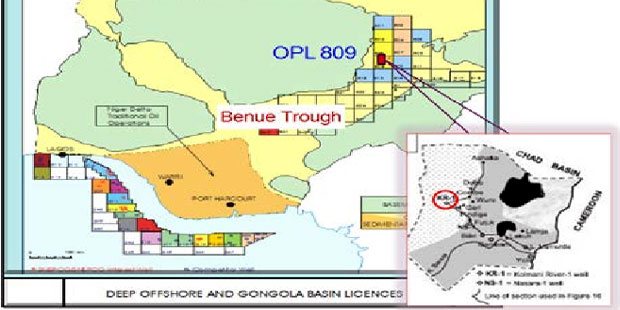 Oil and gas development in the country’s frontier basin will be boosted by the finding of crude oil at Kolmani River II, according to Nigeria’s Minister of Science, Technology and Innovation, Dr Ogbonnaya Onu.

A nationwide workshop on research efforts in Nigeria’s inland basins was organized in Bauchi on Monday by Onu.

The National Centre for Petroleum Research and Development (NCPRD) at Abubakar Tafawa Balewa University, Bauchi, organized the workshop on behalf of the Energy Commission of Nigeria, a parastatal under the Ministry of Science, Technology and Innovation.

Researchers, scholars, and practitioners from the oil and gas industry in the Inland (Frontier) Basins were invited to participate in the conference.

Research efforts were credited by the minister, who was represented by Professor Fli Jidere Bala, Director General of the Nigerian Energy Commission, to the discovery of crude oil at River Kolmani II.

He reaffirmed the Federal Government’s goal to increase the country’s petroleum reserve to around 40 billion barrels by 2030 by diversifying from the Niger Delta Basin to encompass the Frontier Basins of Anambra, Benue, Bida, Chad, onshore Dahomey and Sokoto.

In the Anambra and Dahomey basins, he said, ‘we are aware of exploratory successes but, until recently, none in the Northern Basins’

It was brought up by the minister that NCPRD has developed tectonostratigraphic and petroleum system models for the Gongola sub-basin of Nigeria’s Northern Benue Trough and for the entirety of Nigeria’s Benue Trough, which suggested the expected structural types and styles capable of trapping hydrocarbon in the Basin (s).

According to him, ‘the accomplishments reported, particularly the kind of oil found in the Northern Benue basin, is in agreement with the exploration model devised by the center.'”

Premature ejaculation, weak erectile dysfunction, and a small manhood can all be cured with 100% natural herbs. Click Here Now.
NCPRD at the Abubakar Tafawa Balewa University, Bauchi, made a significant contribution to the goal of increasing our hydrocarbon reserves and consolidating the national economy, he said.

Special thanks were given to the Vice Chancellor, Prof Muhammad Abdulaziz, and his administration for their assistance and for creating an environment that allowed the NCPRD to thrive.

At the same time, the NCPRD enabled the Commission’s mandate to be fulfilled, as well as ATBU’s and our country’s,’ he wrote. Bala made the point.

Although much exploration has not been conducted out, significant volumes of oil and gas are yet to be discovered in the Inland basins of Nigeria, making them franchise basins.’

On the other hand, the Commission is devoted to research and development, particularly in the domain of petroleum exploitation from beneath the surface in Nigeria, according to him.

This includes environmental and climate-related issues related to the extraction and exploitation of resources under ground, as well as training of high-level workers.

Oil still accounts for 86% of Nigeria’s total export and 66% of the federal budget, according to Bala, despite the issues in the sector, including COVID 19 and climate change.

This, he added, was done as a means to fulfill the Commission’s mandate and to improve production, and NCPRD on its behalf launched and documented multiple victories in the country’s border basin exploration services that led to the finding of crude oil on Kolmani River II.

According to him, the workshop’s main goal is to distribute research and development information and promote business sector interest in Nigeria’s frontier basin exploration, which has the theme of “Implications for sustainable Petroleum Exploration in Nigeria.”.