The recent shift in Senegal’s energy supply is from high-sulfur coal to low-sulfur renewables and natural gas. 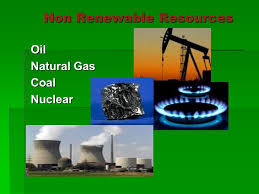 As part of the Emerging Senegal Plan (or Plan Sénégal Emergent), the government of Senegal has focused on developing the national electricity sector, with the goal of transforming the country into an emerging market by 2025. Senegal’s leadership is focused on making electricity universally accessible by 2025, particularly through on- and off-grid solutions. Reducing the use of imported liquid fuels and increasing access to clean energy, especially in rural areas, are among the country’s key objectives. A relatively small country in West Africa has great potential for generating solar and wind power, along with huge offshore natural gas deposits, as demonstrated by several major projects either under construction or recently launched.

Combined-Cycle Power Project Cap des Biches – 300 MW
This year, the Senegal government officially dedicated the 300-megawatt Cap des Biches gas-fired power plant project, in which GE will supply gas power production equipment, with the awarding of a contract to the firm. Two 9E.03 gas turbines, one STF-A200 steam turbine, three A39 generators, and two Heat Recovery Steam Generators will be provided by GE under the contract scope. As of next year, the project will begin with an operating plan to support Senegal’s goal of increasing the country’s electricity generation capacity via gas utilization.

After completion, Cap des Biches will be the largest power plant in Senegal, with the capacity to generate 25% of the country’s electricity. To be able to help the country get closer to their objective of universal energy access by 2025, the project will serve as a stepping stone for the country. As of the end of 2018, Senegal’s rural electrification rate had increased from 11% to 53.9%.