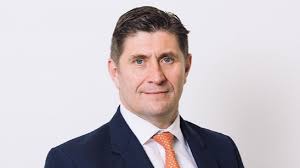 “The PIB in place gives everyone the visibility of what the new roles are, so we’re excited,” CEO Roger Brown said in an interview in Lagos. “People know what the rules are and can invest more.”

The bill, which took about two decades of deliberation, is expected to remove legal and regulatory uncertainty that’s held back the growth of the oil and gas sector once it gets signed into law by Nigeria’s President Muhammadu Buhari.

Although, some aspects of the bill are “negative” to the operations of Seplat, on a balance it’s positive to the company’s operations, according to Brown. The governors from the nation’s southern states have demanded a review of some provisions in the legislation including the share of oil revenue that will go to host communities.

As an indigenous oil and gas company, Seplat will continue to invest in Nigeria even without the new law, Rogers said. “What excites me most is that we’ll have stability, and the legislation as passed is key.”

With increasing uncertainty over future demand for oil and the shift to renewables globally, Seplat plans to focus on gas to drive future income and profitability.

The company, listed in London and Lagos, changed its name last month to Seplat Energy from Seplat Petroleum to reflect a transition to full energy solutions provider. It plans to increase gas investments to shore up its contribution to revenue to as much as 50% by the next five years from 30% and probably overtake oil at some point, according to the chief executive.

Africa’s biggest economy is trying to shift away from its reliance on crude oil by encouraging investments to develop its more than 200 trillion cubic feet of proven gas reserves to power manufacturing and electricity industries, even as it aims for net-zero emissions in the future. It pledged to cut carbon emissions 20% by 2030 under the Paris Climate Agreement.

“In five years, oil will be relevant; in 30 years I think gas is going to be more relevant into the future,” Brown said. “Developing gas is very critical.”

Seplat is looking to deliver ANOH, a key gas-processing plant, with a daily capacity of 300 million standard cubic feet by the first half of next year, then plan an expansion of the project, Brown said. It is in talks with governments in the country’s southeast, as well as Waltersmith, a private oil company, on ways to develop the gas market in the area, he said.

“We firmly believe there’s big gas demand in the country but you have to make sure your market is there,” the CEO said. “We see ourselves as a company, among others, that will develop the domestic gas market.”