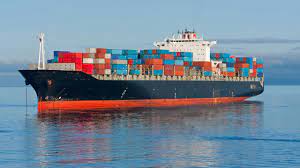 A total of 20 ships carrying petroleum products, food items, and other goods are expected at the Lagos port.

From August 19 to August 31, the Nigerian Ports Authority (NPA) expects 20 ships loaded with petroleum products, food, and other goods to berth in Lagos.

Six other ships carrying general cargo, base oil, bulk gypsum, and fuel had arrived at the ports, according to the authority.