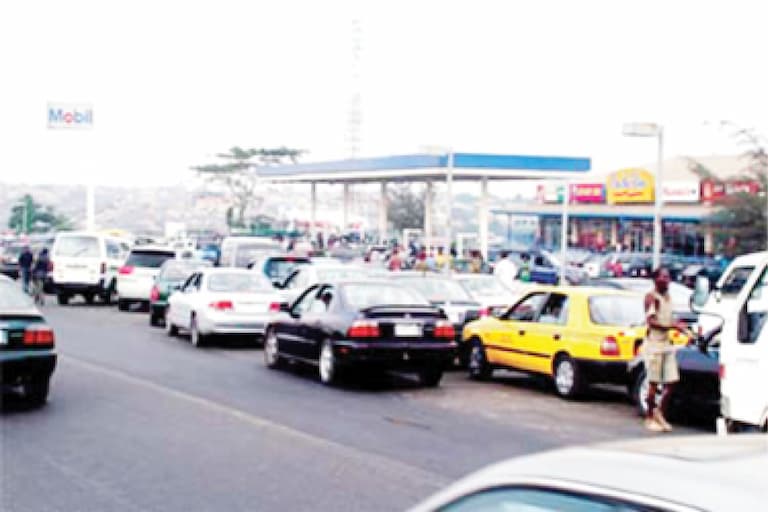 The World Bank has predicted more hardships for Nigerians and the citizens of Angola over the rising inflation, increased power outages as well as a shortage in fuel and food.

This is in spite of the steady rise in crude oil prices reaching over $120 per barrel expected to benefit these countries which are two of Africa’s largest oil producers.

According to a global economic report contained in a newsletter, the World Bank issued at the weekend, “In many SSA countries, increasing living costs have also tempered gains from looser social restrictions and higher commodity export prices.

“Growth in the three largest SSA economies—Angola, Nigeria, and South Africa—was an estimated 3.8 per cent in 2021 supported by the 4.9% rebound in South Africa. Growth momentum carried on in Angola and Nigeria, where high oil prices, the stabilisation of oil production, and recovery in non-resource sectors supported activity in the first half of this year.

“Nevertheless, persistently high domestic inflation, power cuts, and shortages of food and fuel have been weighing on recoveries,” the international bank emphasised.

Inflation for April clearly seen in the consumer price index rose by 16.82%, which was 0.9% points higher than the 15.92% recorded in March 2022, mostly occasioned by a rise in the prices of foodstuff, according to the National Bureau of Statistics (NBS).

Daily Trust also observed that petrol queues have persisted with many a petroleum marketer blaming the high cost of diesel at N850 per litre on the inability of tanker owners to sustain massive loading of petrol from the depots mostly in the coastal areas of Lagos and Warri to hinterlands including Abuja, the nation’s capital.

There is also a toll on household income as residents across several states decry the rising cost of cooking gas at over N750 per kilogramme; the 12.5kg capacity is sold for over N9,000 in Abuja.

Generally, on growth projection for Sub-Saharan Africa (SSA), the World Bank said in spite of a rebound of 4.2% in 2021, growth has weakened this year as domestic price pressures, partly induced by supply disruptions owing to the war in Ukraine, are reducing food affordability and real incomes, especially in low-income countries (LICs).

It noted that the sharp deceleration of global growth and war-related shortages of food and fuel are creating substantial headwinds for the region, even more so in countries reliant on wheat imports from Russia and Ukraine (Democratic Republic of Congo, Ethiopia, Madagascar, Tanzania).

In South Africa, growth has moderated substantially amid policy tightening, high and rising unemployment, and recurring power shortages. Infrastructure damage to the country’s main port following severe floods has also contributed to the supply chain disruptions related to the war in Ukraine and lockdowns in China.

For the outlook in the Sub-Saharan African region, the projected growth is an expected 3.7% this year and 3.8% in 2023, showing a 0.4% downgrade from the bank’s earlier projection in January 2021.

The growth slowdown in SSA could also intensify pandemic-induced losses in per capita incomes. The region is now expected to remain the only Emerging Market and Developing Economy (EMDE) region where per capita incomes will not return to their 2019 levels even in 2023.

Surging food and fuel import bills could also reverse recent progress in poverty alleviation across the region, especially in countries where vulnerable populations are sizable (Democratic Republic of Congo, Nigeria), and dependence on imported food is high (Benin, Comoros, The Gambia, Mozambique).

The bank also dismissed any instant remediation saying the fiscal space of Nigeria and these other countries have already been constrained by high levels of public debt and could narrow further. However, it noted that the persistent domestic inflation could speed up monetary policy tightening, escalating stagflation risks in Sub-Saharan Africa.

In a reaction to the warning from the global financial institution, an economist and Chief Executive Officer of Global Analytics Consulting Ltd, Dr Tope Fasua, said the warning similar to that of the International Monetary Fund (IMF) recently, was coming at the right time owing to the headwinds the country is currently facing.

He said: “Unlike in the past, most of Nigeria’s loans are now in Eurobonds from commercial banks and other international institutions that may not be able to cancel the loans or even reduce the rates as the case may be, which is why the World bank projections could be right,”

He added that “With inflation, rising debt and other economic challenges, the only way Nigeria can make headway is to revive its manufacturing sector so that it can export and earn foreign exchange,”

Senior Economist with SPM Professionals, Mr Paul Alaje, believes that any further borrowing by the federal either to fund the budget or any other reason is ill-advised as Nigeria’s debt profile is nearing N40 trillion while the annual budget is not even half of that amount.

He said the recent World bank warning shouldn’t be taken for granted especially at a time when politicians have abandoned governance for politicking.

“The warning is very important, in fact there is a projection that we will be using about 96 per cent of revenue to service debt which will be a disaster,”

On ways to improve the economy, he advised the government to leverage on technology to boost revenue.

“Also, there must be a convergence of policies to ensure that there is synergy among government agencies in improving the economy. For instance, the CBN recently launched an initiative to repatriate $200 billion but the policy may not be effective, the reason being that monetary authorities cannot influence trade policy.”