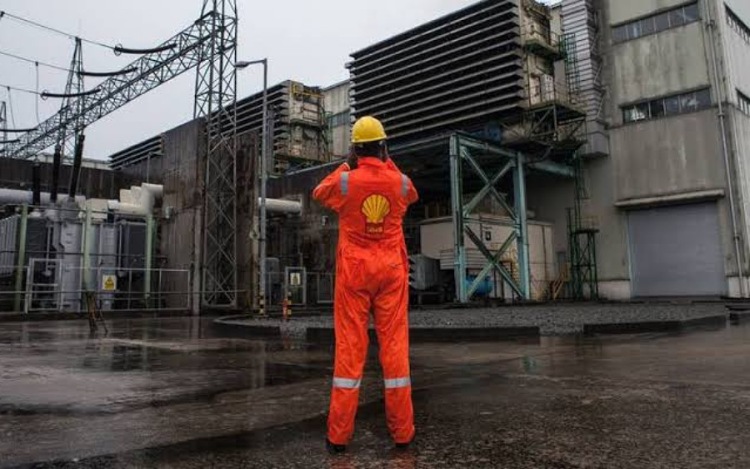 Heirs Oil and Gas Ltd. and ND Western Ltd. are vying for Shell’s 30% stake in the joint venture, which manages assets in the Niger Delta and offshore areas.

Sources disclosed this to Bloomberg saying that bids are due on June 10, 2022. However, Shell, Heirs and ND Western declined to comment.

However, Seplat Energy Plc and Sahara Group Ltd who initially made non-binding offers for Shell’s assets are no longer in the race, based on sources.

What you should know
Shell revealed its plan to sell the interest last year, citing the incompatibility of its long-term energy transition strategy with Nigerian operations prone to spills and theft.

Shell’s investment was valued at $2.3 billion by energy expert, Wood Mackenzie Ltd. last year, assuming a long-term oil price of $50 per barrel. However, with Brent selling at about $121, the investment is likely worth much more.
Nonetheless, Shell is selling its Nigerian business because it no longer views its activities in the Niger Delta as core to its ongoing strategy, which is driven by the Environmental, Social and Governance (ESG) pressure from its investors.
Many local communities have been harmed by oil spills and other forms of pollution, and the oil major has faced a series of accusations, litigation, and reputational damage for decades. Shell’s move to cleaner energy sources is also a priority for investors.
Even if the assets were sold, Shell would have a significant presence in Nigeria as the owner of export terminals and deep-water assets through its Shell Nigeria Exploration and Production Company (SNEPCO) subsidiary. While Shell is retaining its deepwater oil assets and a sizable liquefied natural gas footprint in Nigeria, it isn’t the only energy behemoth abandoning the country’s onshore and shallow water fields.
Exxon Mobil Corp. agreed to sell its shallow-water operation to Seplat for $1.3 billion in February, and TotalEnergies SE of France wants to sell its 10% stake in the same joint venture Shell is exiting.